Pelvic Pain After Running During Pregnancy – 4 reasons why

When you are pregnant, It can be a little more challenging to run than the usual time. One of the main problems you will face is pelvic pain after running during pregnancy. It happens due to the extra weight you are carrying in the pelvic. But you need to be careful because If you feel pain or any discomfort in your pelvic, it may indicate you have an infection in that area. So, If you feel anything like that contact your doctor immediately.

Why does pelvic pain happen while you are running?

If you have any pelvic pain after running during pregnancy, you consult the doctor. Because It indicates weakness in your pelvic area or hip rotators. Experts say pelvic pain after running means there might be an imbalance in the muscles which support the organs. Also, strengthen and loosen the sphincter muscles or proceed to the hips and perform the shock absorption for the whole body weight,” says Scott.

Read More: Should you Continue Running while pregnant 3rd trimester? 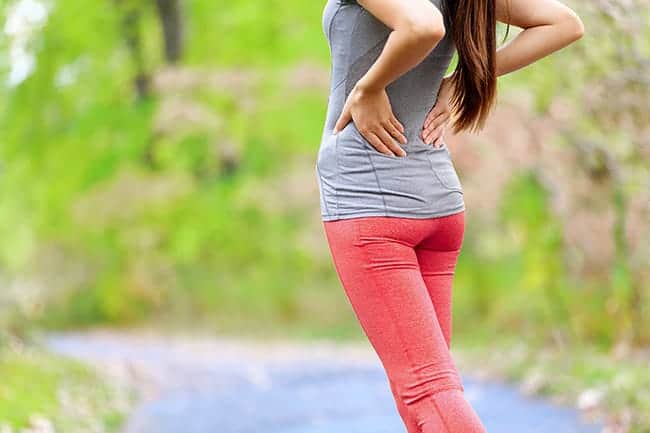 Cause of pelvic pain after running during pregnancy

Extra Weight On The Pelvic

Each day you pass during pregnancy the size of your uterus increase and also the weight of the unborn child increases. And when you run it puts more pressure on your pelvic, as a result, you feel pain or discomfort in your pelvic area.

Remember the larger the uterus gets the weight will also increase, and the discomfort on your pelvic area also rises. When mothers get into the third trimester, they even struggle to walk for 5 minutes. So if you are planning to run in 3rd trimester just leave it.

Changes from the pelvic region begin with the start of the 3rd month of the pregnancy. That’s why you can try some light exercise to avoid those pelvic woes. You can try swimming and jogging instead of running.

If you experience contractions if your lower pelvic region stretches, you might feel pelvic distress or pain. If contractions begin before the 37th, then you should contact your doctor.

A mother can stop her illness by aggravating while running by keeping herself hydrated prior to the run. Running causes unnecessary sweating, It can make mother dehydrated, which might result in preterm labor contractions.

Read more: PERMANENT NUMBNESS AFTER C SECTION: HOW TO DEAL WITH IT?

What are the signs of pelvic pain?

Read More: Ultimate list of things to do before baby arrives

CAN YOU RUN DURING PREGNANCY?

Yes, you can continue running while you are pregnant if you’re a runner before. When you are pregnant, your body creates a hormone named relaxin. This hormone loses your body joints, and as a result, you become vulnerable to the injury. So if you are not a regular runner, then you should not run during pregnancy. You should try light exercises.

CAN EXERCISE CAUSE CRAMPING DURING PREGNANCY?

Yes, you can. Constipation is a major side effect of early pregnancy, and it can cause cramping. You can also get a cramp during your daily routine exercise. As a result, you will get extra pressure on your muscles.

WHEN SHOULD A PREGNANT WOMAN STOP RUNNING?

Some could feel an intense pressure in the vagina, though some are going to have a dull ache all over the pelvi, or feel like an increased weight on their whole lower body. If you are a regular jogger, then you can continue running during pregnancy until you feel any discomfort. But if you are not a regular runner, you should avoid the idea and try to do light exercises. And also don’t hesitate to contact your doctor if you feel something usual.

So far, I have discussed on whether Pelvic Pain After Running During Pregnancy. If you think that I have missed something then please don’t hesitate to let me know by commenting below. I hope this post will help you to understand how should you run during pregnancy.

Babieslab.com is a participant in the Amazon Services LLC Associates Program, an affiliate advertising program designed to provide a means for sites to earn advertising fees by advertising and linking to amazon.com. Amazon, the Amazon logo, AmazonSupply, and the AmazonSupply logo are trademarks of Amazon.com, Inc. or its affiliates.